Theydon Bois School first came into being in the early 1820s but it was not until 1840 when land was made available by Mrs Dare, the then patron of the curacy, that a proper school was built. Mrs Dare also provided around a third of the funds required to complete the building work. That building was situated in Coppice Row at the front of St Mary's Church and could accommodate up to 60 pupils. The first known School Mistress was a Mrs Mary Ann Maynard who was appointed in 1849.    She had two monitors to help her and although unqualified she successfully taught the children there for 31 years. Even in the early years there were not enough places and extra land was acquired in Loughton Lane for an additional Infants school. Around the turn of the century the school was in the hands of a Miss Glover who apart from being a very good school mistress was also apparently extremely adept when it came to using the cane and therefore keeping her charges in order. She retired in 1922 and was replaced in 1924 by Mr E.J. Fairchild. In 1932 under the 'Hadow' scheme, a committee set up by Sir William Hadow, Theydon Bois was granted Junior School status and 44 children who were 11 years and over were transferred to Epping Senior School. The 'Hadow' scheme was a precursor for the later Education Act and stated that all children over the age of 11 should be educated separately from the younger ones. Also at this time the population of the Village was growing at a dramatic rate with construction of the new Baldocks Farm estate and the pressure to supply places was huge. The outbreak of World War ll however, not only prevented any significant changes being made at the school but also prevented completion of the residential developments. It was not until as late as 1948 that anything was done about the overcrowding at the Coppice Row site. The photograph above is assumed to be the original school in Coppice Row, circa 1890-1900, although this is unconfirmed.

In June of that year part of the Telephone Exchange was commandeered to be used as classroom space as well as a dining hall and amazingly during this time around 110 meals a day were being prepared and served there. There still was not enough space to satisfy the demand for places though, so between 1953 and 1955 one class was relocated to the Working Men’s Club near the Queen Victoria Public House, while another was sent to the Sorrell Room, the old library in Coppice Row, and another to the old Village Hall in Loughton Lane. The main school building was now in a fairly poor state and in 1952 the PTA was formed to try and address issues such as the antiquated outside toilets and very poor washing conditions. Relocation was obviously now essential and in the early 50s an agreement to move to one new building was reached. A suitable site was found at the heart of the new Baldocks Estate and construction of the new school began but Mr Fairchild who had been the Headteacher for 31 years was due to retire in 1955. The search for a replacement to lead the school into an exciting new era began. 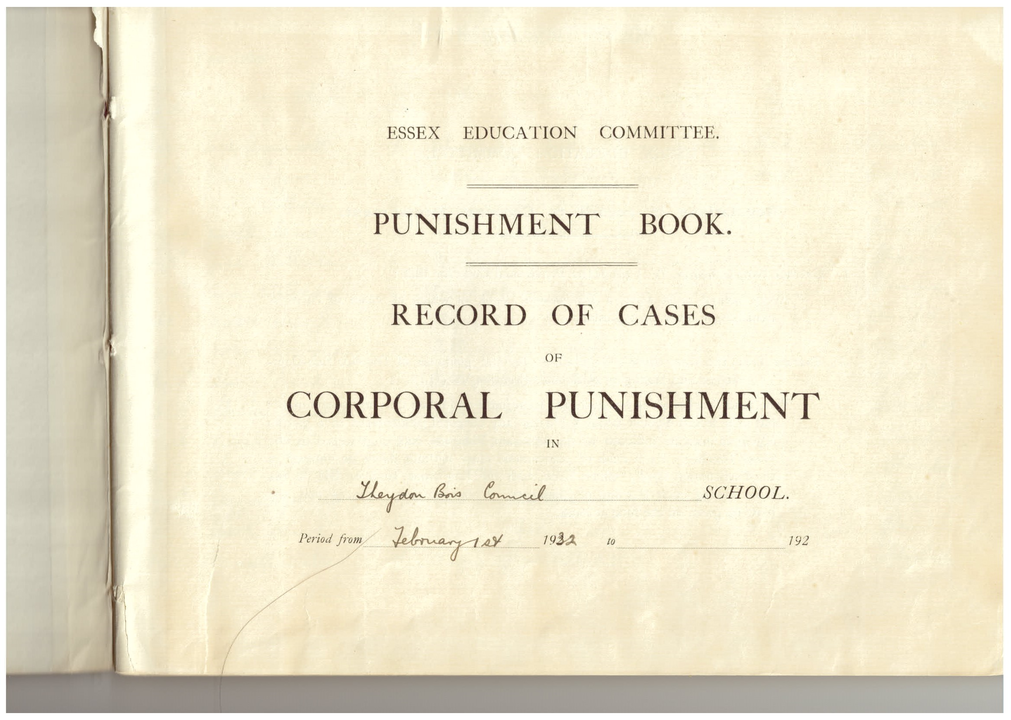 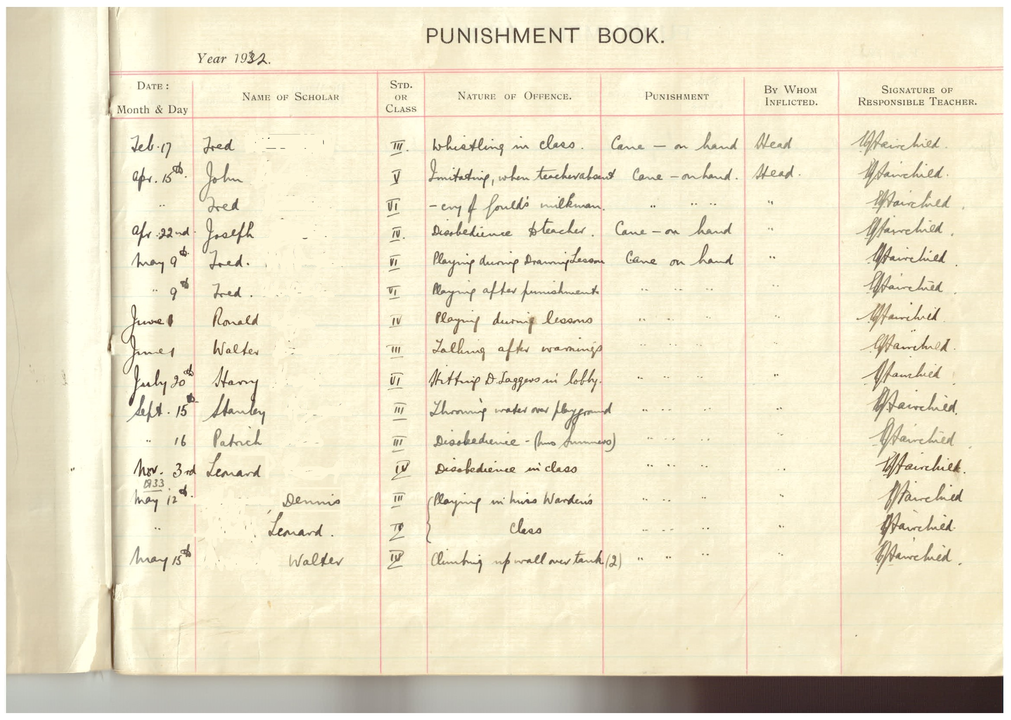 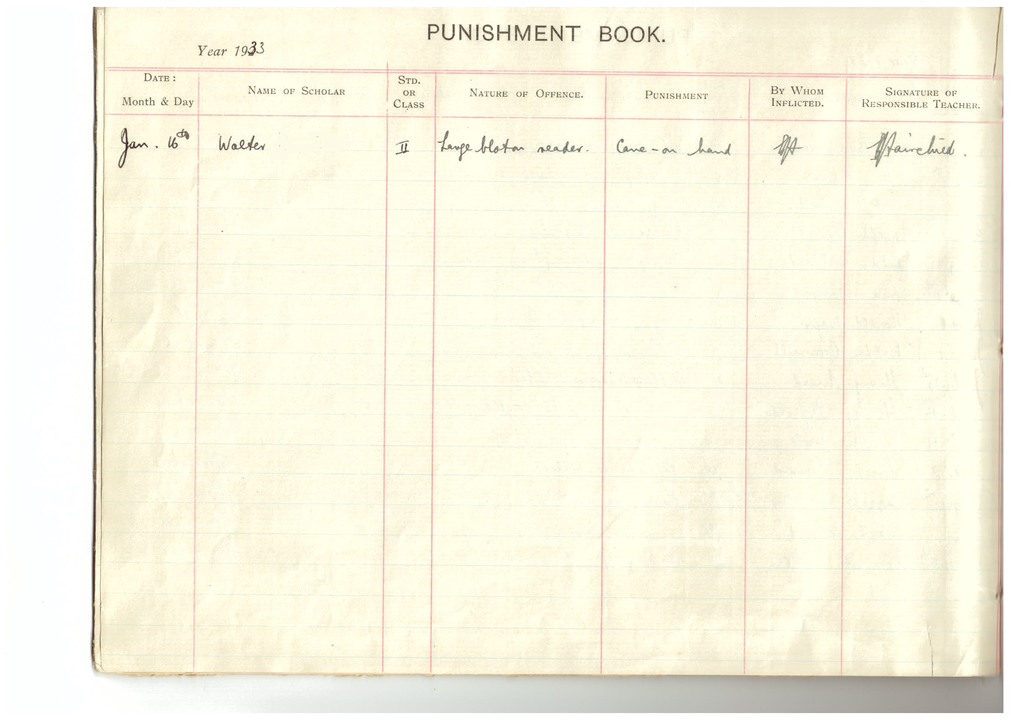 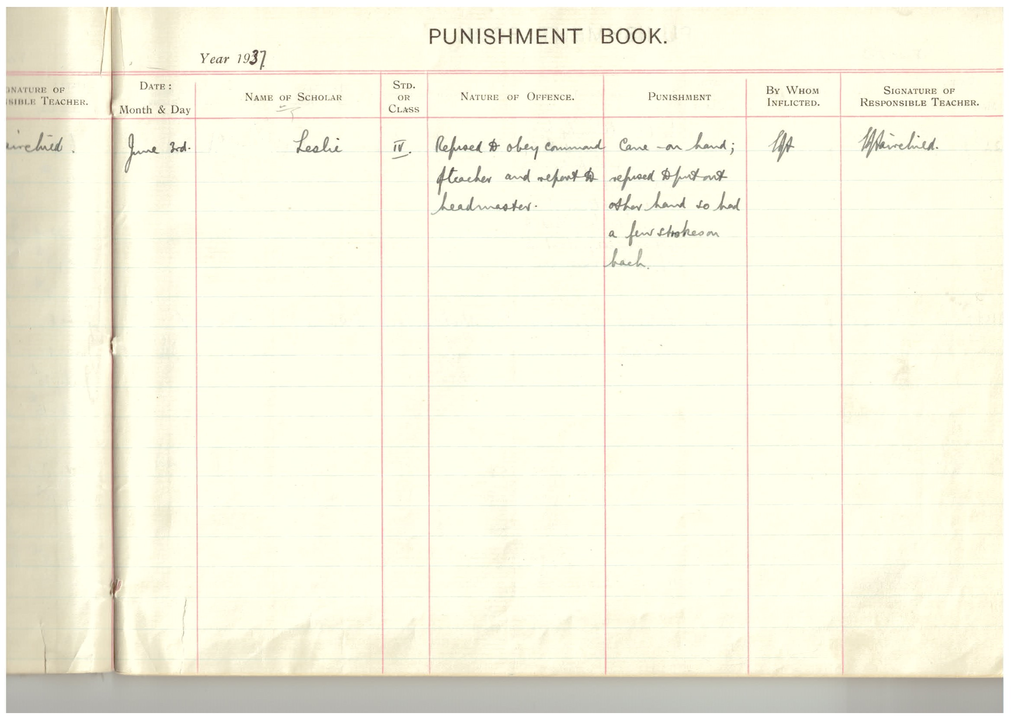 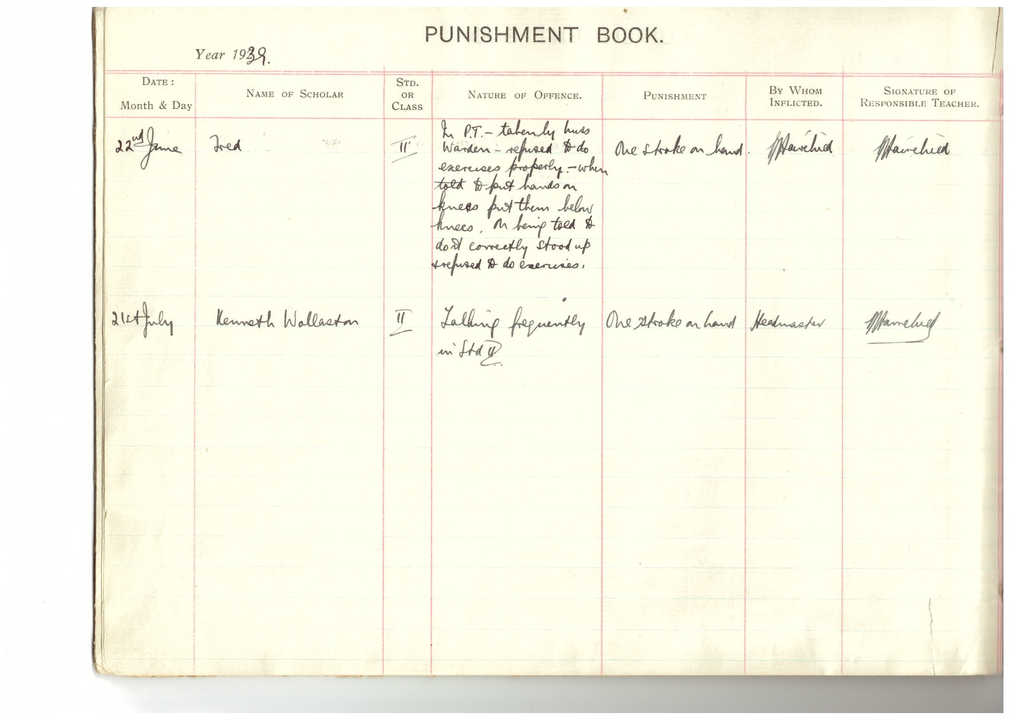 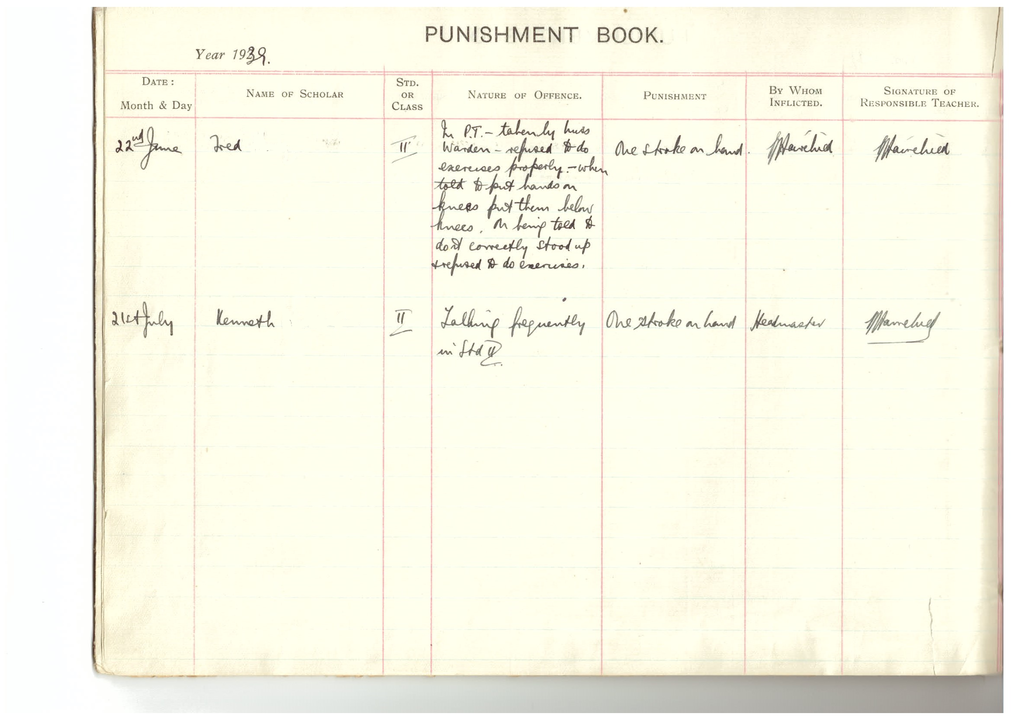 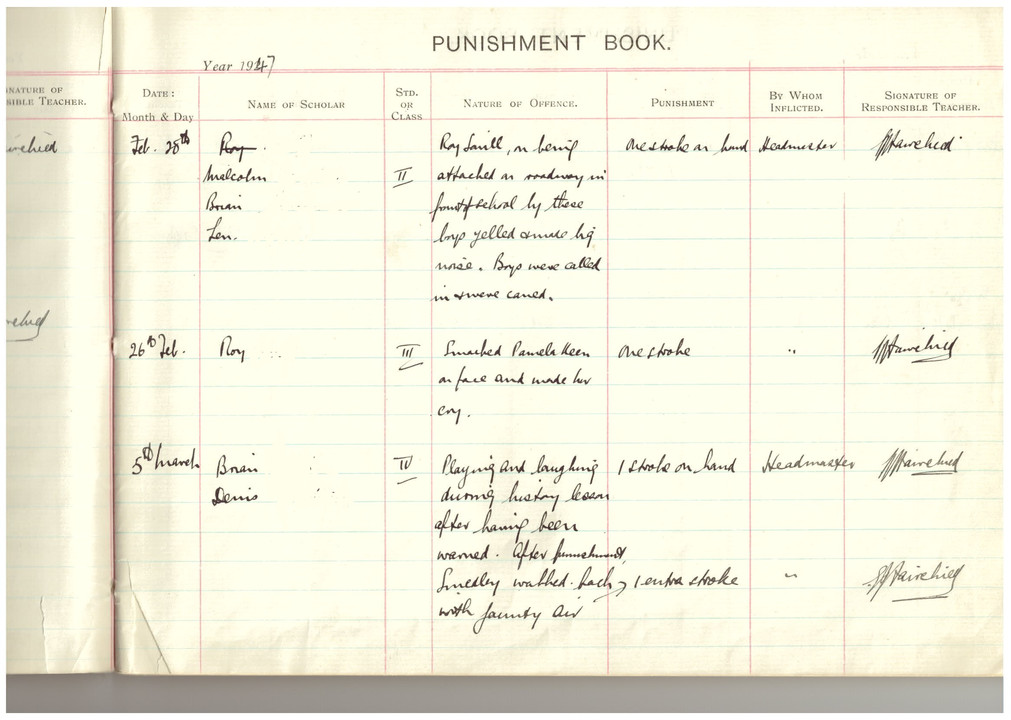 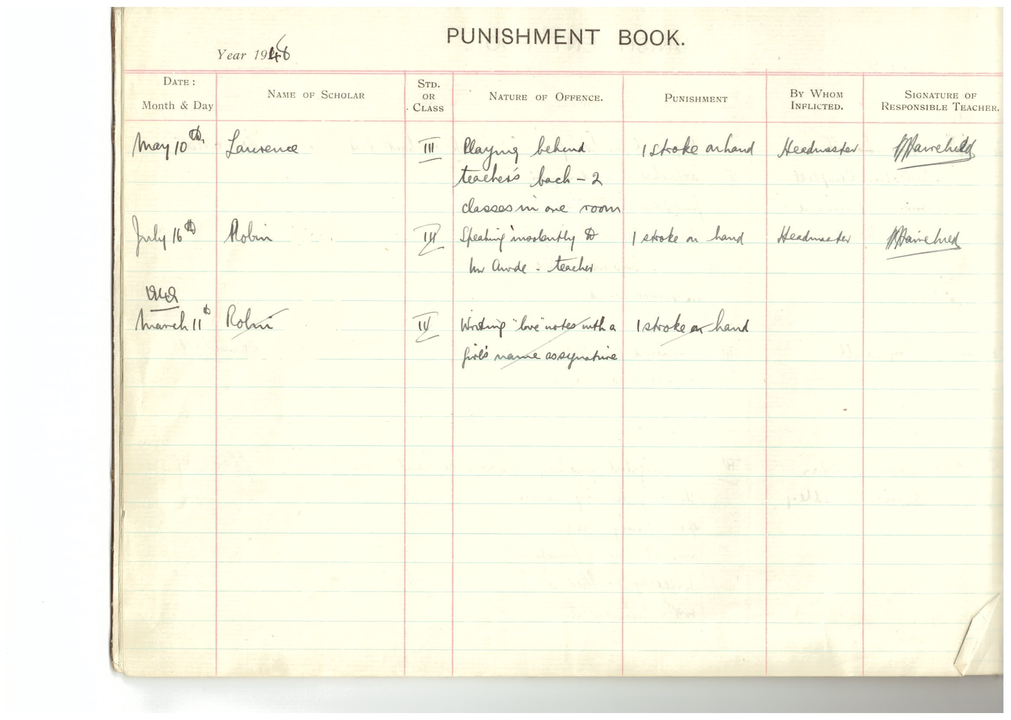 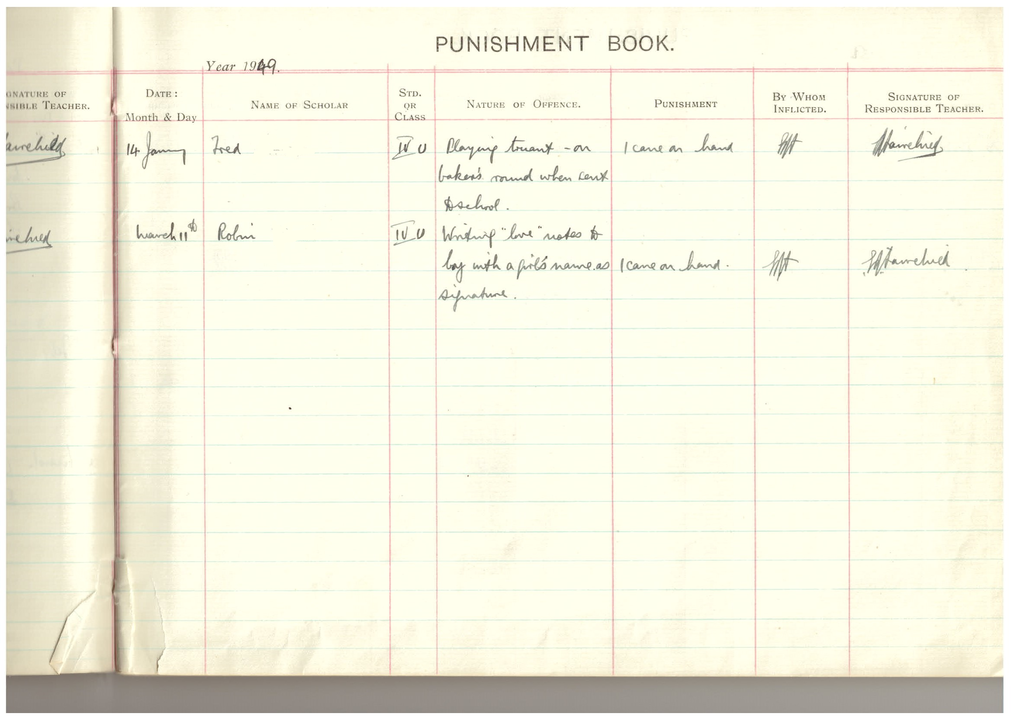 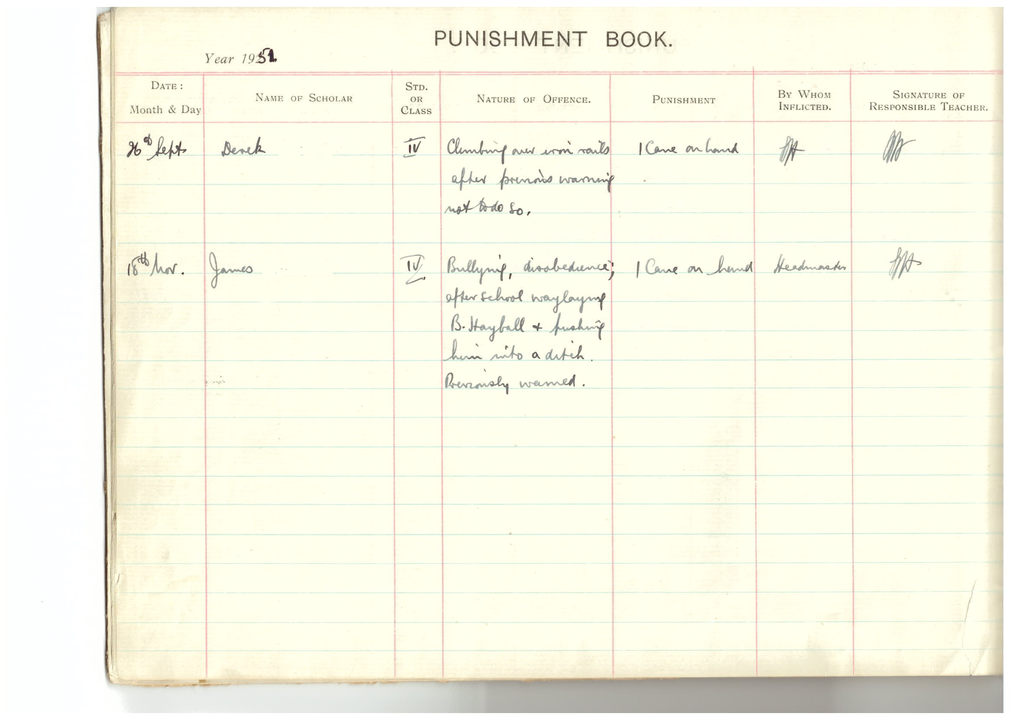 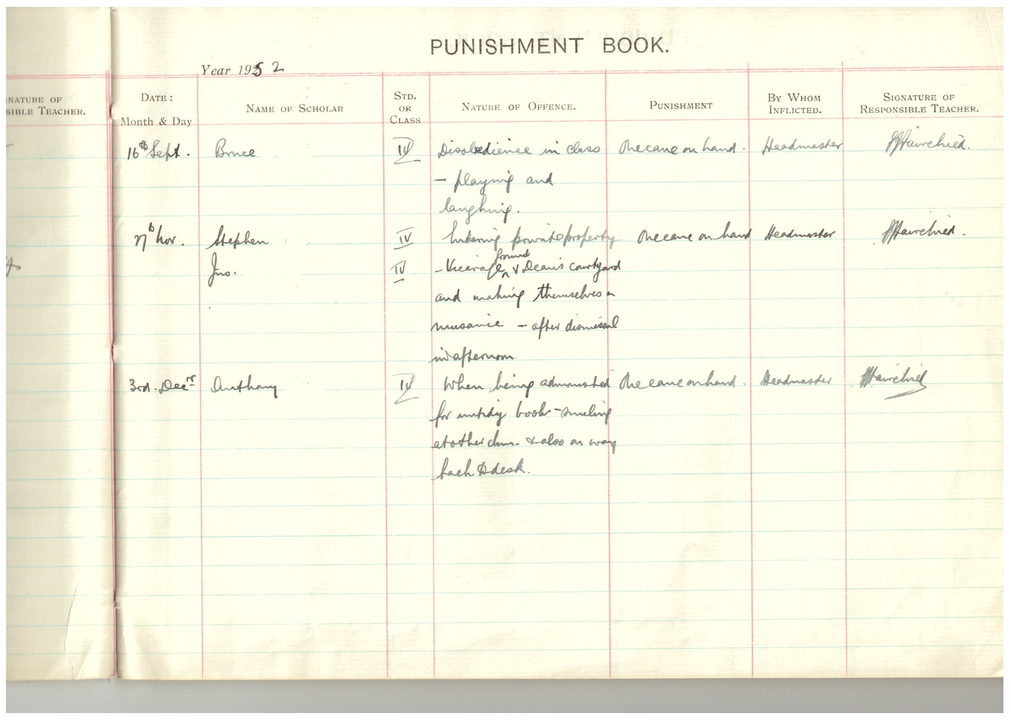 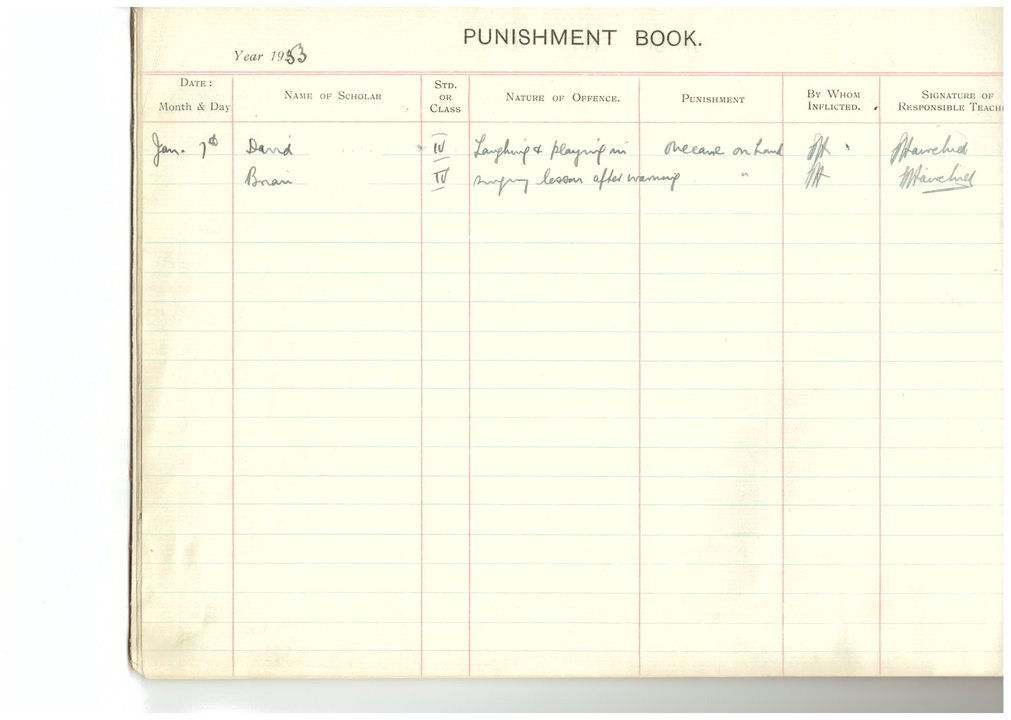 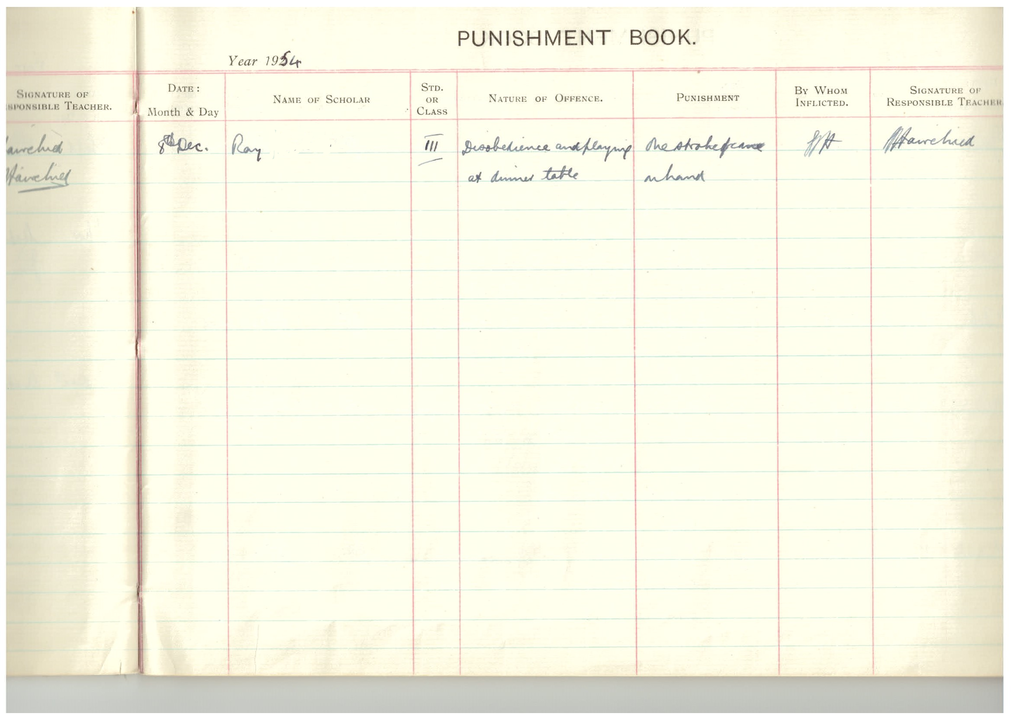 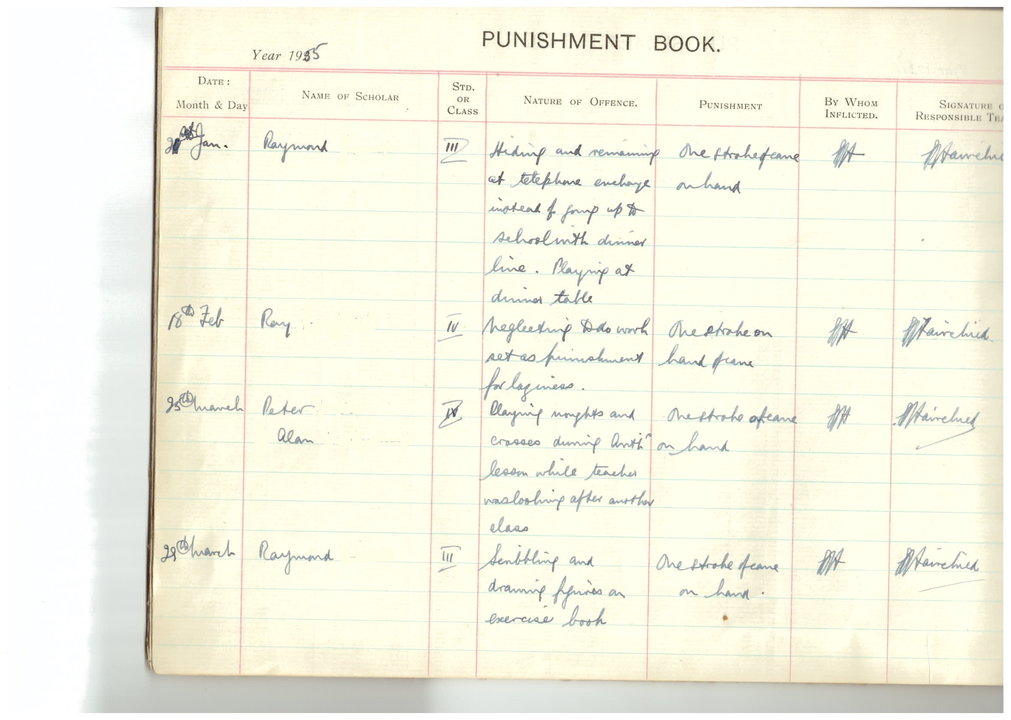 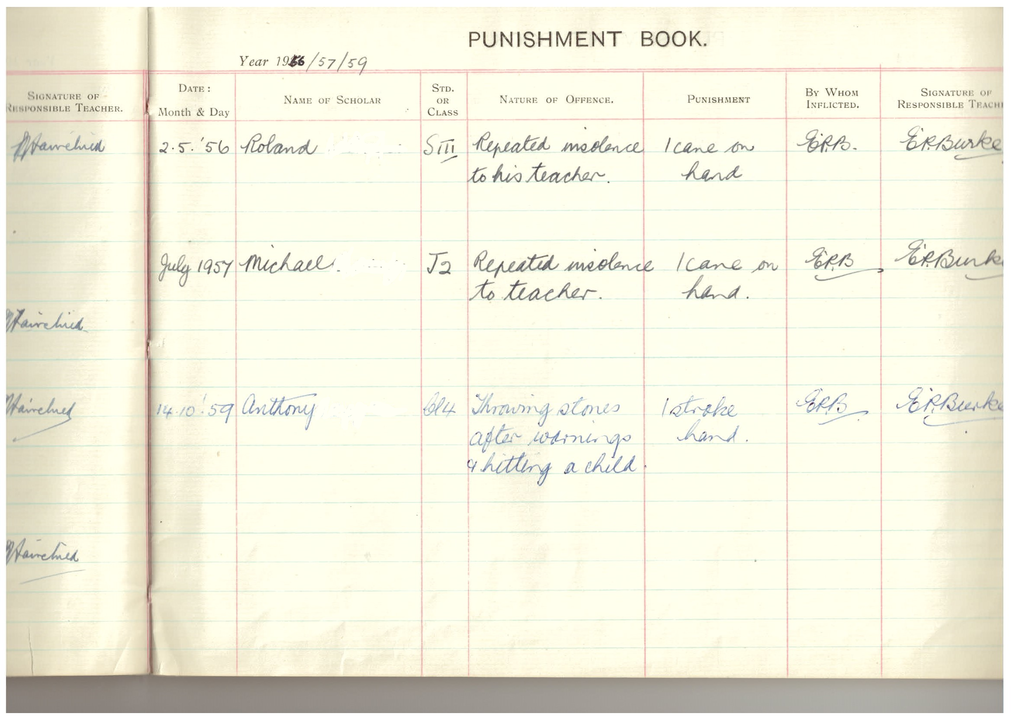 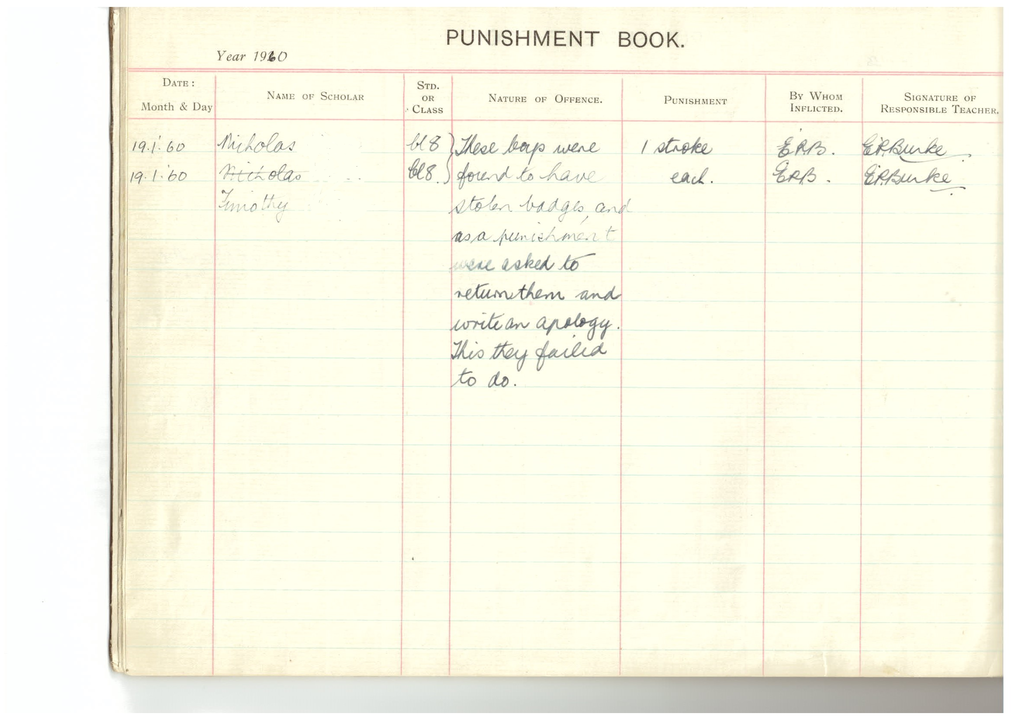 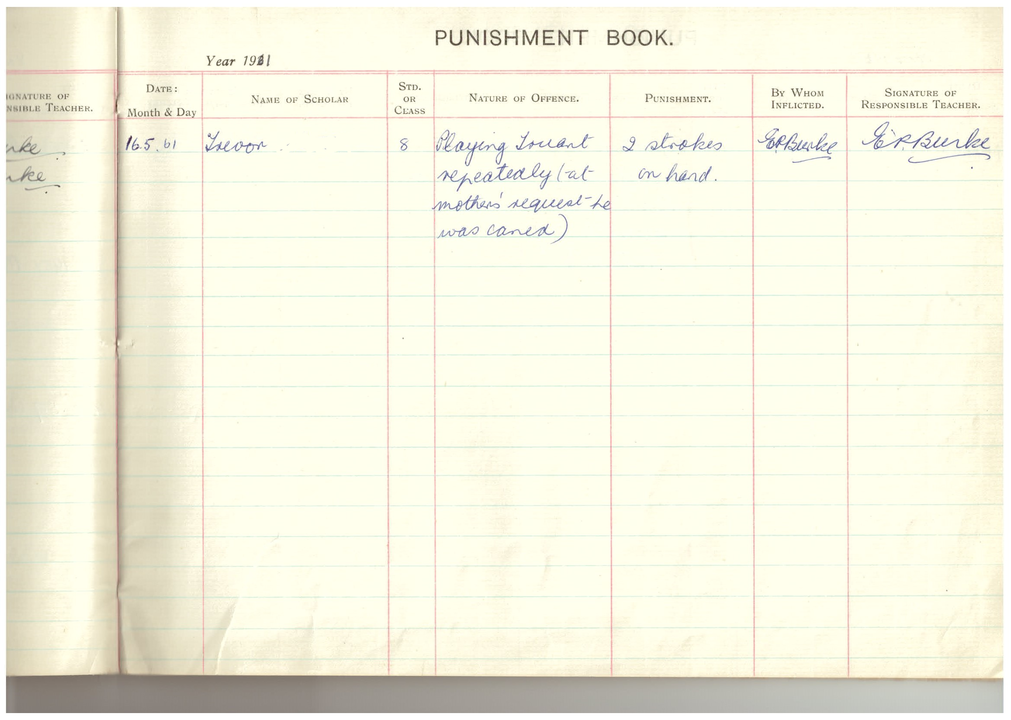 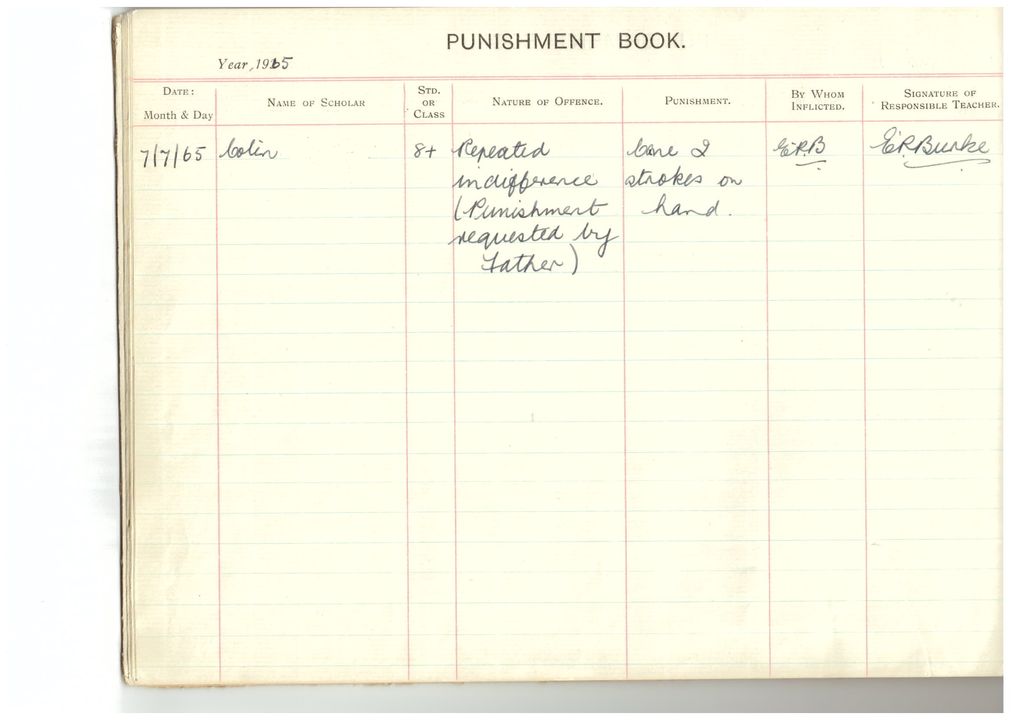 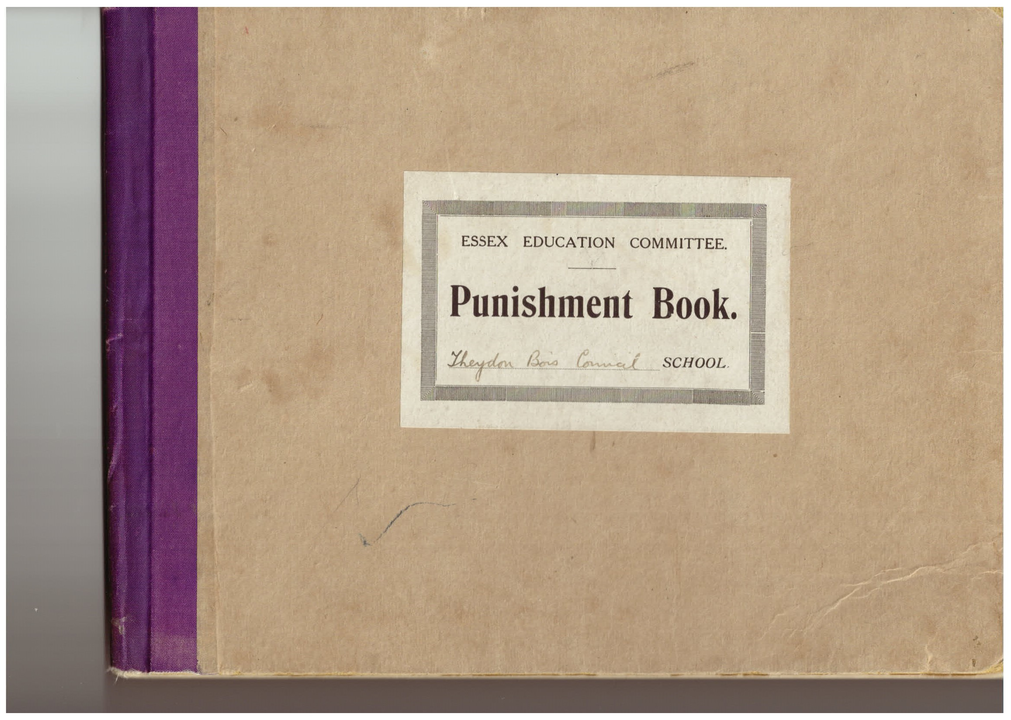 The 17th of April 1956 was an extremely significant date in the  history of Theydon Bois Primary School as it saw Miss E.P. Burke  (pictured right circa 1974) appointed as Headmistress. Miss Burke  had previously been Headteacher at Chigwell Row Primary.Her new  surroundings were somewhat different from what she had been used  to as her new office was located in the Telephone Exchange. In the  early day of Miss Burke's stewardship she used to visit the various sites by bicycle leaving a trail of messages behind her to say where she would be going next. There was also a bizarre routine at assembly time, usually held at the Church Hall, where hand signals would be made by Miss Burke from a central point on the village green to the various other sites around the village to determine whether or not assembly would be held. This was only the case when there was uncertainty regarding the weather. There were however better things on the horizon and the organised chaos was about to end.

On the 8th May 1957 two classes moved into the new school in Orchard Drive and by July of that year it was fully occupied. Two months later on the 17th September Theydon Bois Primary School was officially opened. (The new school is pictured below left circa 1960, note the absence of the furthest right class of the infant section). The new building consisted of 7 classrooms, a hall, a kitchen and administration offices but soon after moving into the school it was realised that it was still not going to be big enough and on the 29th July 1960 the construction of 2 new classrooms and cloakrooms began. These two classes are currently occupied by Year 3/4s. Once completed the extension satisfied demand for a while but in 1966, with a roll now in excess of 400, the builders were back again. This time an additional class was added to the infant block and while it was being constructed one class was temporarily sent to the Village Hall just like in the old days.

Along with the opening of the new site came the new school uniforms around which the current uniform is based although in those days all children had to wear a blazer and a school tie. The leaf design that is the school's emblem was chosen from a selection of designs by staff and parents. The original colours of the badge were Green and Orange and the design signified the 5 main types of trees that could be found in Epping Forest.

It would seem that Road Safety in the 1960s was no different from today!

Swimming lessons had been held at High Beech lido since 1949 but  Miss Burke wanted the school to have its own pool. In March 1960 a  proposal was made to the English Schools Swimming Association  and soon after the plan was approved. There was no funding from  the local authority so the entire cost had to be raised by way of  Bazaars, Jumble Sales, Fetes and regular class cake sales. The  paving around the outside was funded byasking parents to sponsor a stone at 6/- (shillings) each and then sign their name on a chart to show which stone they had donated. The school raised a total of £1300 to fund the new pool. Construction of the pool started in January 1961 and took less than 6 months to complete.

Parents and children even helped with the digging using picks and shovels. In the early days the pool had no fence around it and it w 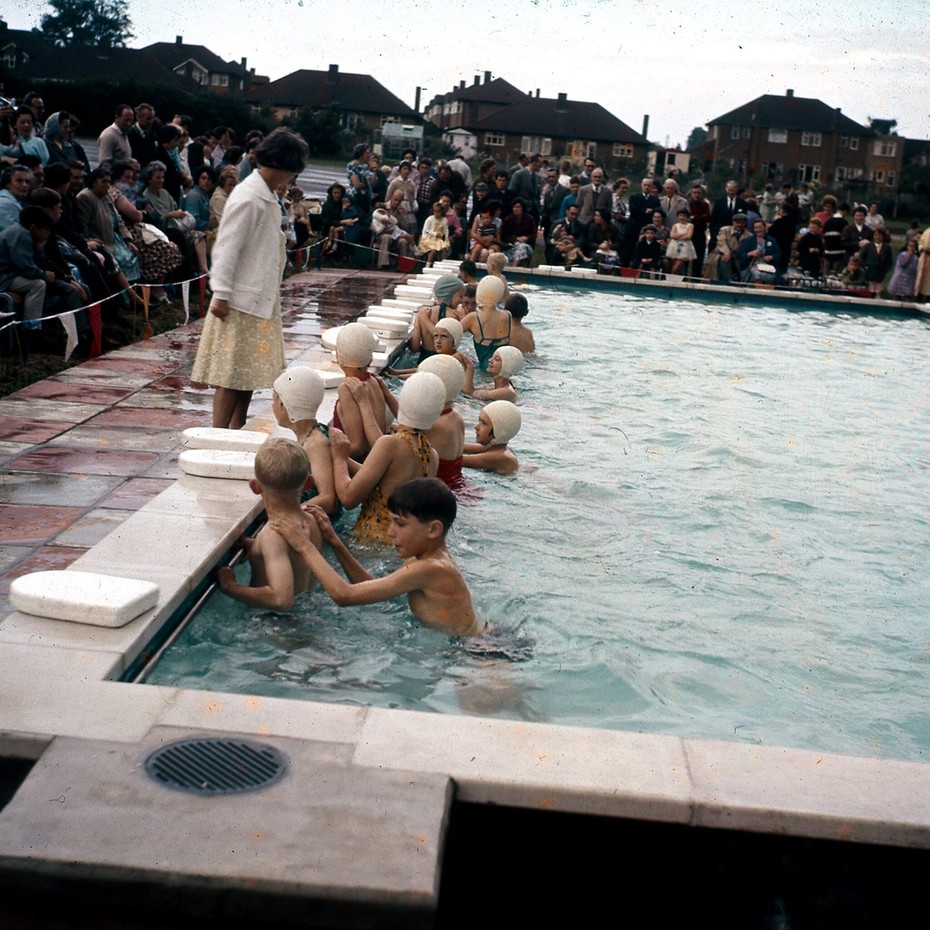 as not till some considerable time later that one was paid for and erected by the local authority.

The pool was officially opened on the 16 June 1961 by the internationally renowned swimmer Natalie Stewart who after cutting the ribbon plunged into the pool and gave a demonstration.This was preceded by a parade of decorated floats and one of the girl pupils took centre stage as 'Pool Queen' on a procession from the Green to the School. (The photograph on the right was not an early one as the fence had been erected but note the low level of the water. The water was lowered for 2 weeks each year to allow the smallest infants to be able to swim. The elder pupils must have always complained of having sore knees.)

The Opening of the swimming pool in 1962. Photo supplied by John Kilbey, he is the pupil at the front. Miss Burke is supervising a demonstration lesson (right).

Sport played a very important part in the school and aside from Sports Day, Theydon Bois was always a prominent participant in the regular District Sports events with the football team regularly coming back with the Lavender Shield as well as many successes at the athletics events. The school even produced its own Olympian, Maureen Barton, who represented Great Britain at the High Jump.

Country Dancing was another activity high up on the agenda and the school regularly entered and won district events dancing around the school's own Maypole. The children were also encouraged to play musical instruments or sing at regular concerts that were organised throughout the year. (Pictured right are a musical group being conducted by Miss Burke circa 1972)

Christmas was always a very special time and each year the school was beautifully decorated with a huge array of decorations designed by the ingenuity of the staff and crafted by the children. There was a central mail box in the hall to post cards to teachers and friends and there were parties and carol concerts every year with the candlelit 'Boars Head' carol becoming the centre piece of the festive occasion.

Time for a change

The summer term of 1974 was Miss Burke's last in charge at the school. She had 18 years in charge at Theydon Bois from the chaotic days of cycling around 5 different ill equipped sites to leaving the Village with the huge legacy of a modern, well run, facility. Miss Burke was given a huge send off at a retirement party held in the School Hall. She went to enjoy a long and happy retirement until she sadly passed away in 2006.

The new head at the start of the autumn term 1974 was Miss J. Lynes and she continued where Miss Burke left off ably assisted by the long serving staff members that she inherited. (The staff of 1974 pictured right are, from left to right, Mr Hambleton, Mr England, Mrs Hubbard, Mrs Rush, Mrs Green, Mrs Hooley, Miss Escott, Mrs Stevenson, Mrs Mandy, Mrs Brisbane and Mrs Camus.) 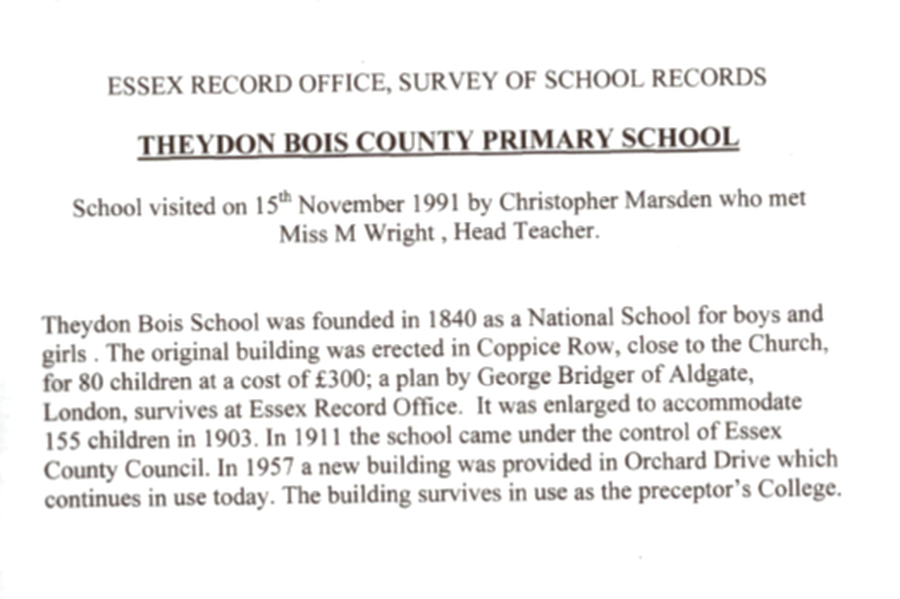 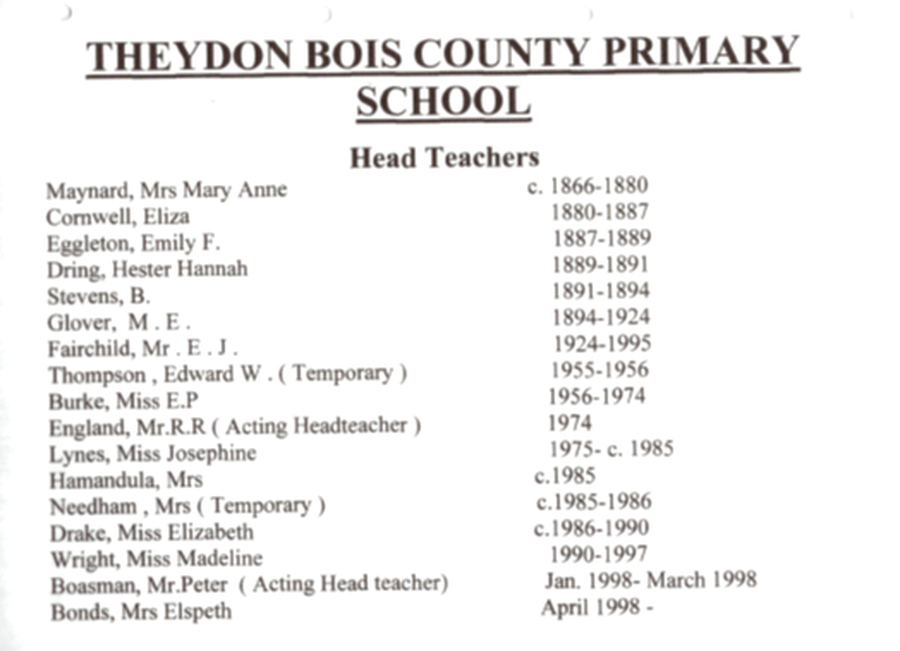 School life continues to embrace a broad spectrum of activities. Some of these are developments from previously mentioned activities whist others are new or may be one – off projects.

Sport still plays a very important part in school life, with activities ranging from the traditional football and netball through to tag rugby, and gymnastics. The school still participates annually in District Field and Track athletic competitions and has very successful  seasons. Competition is year – round encompassing games, athletics, gymnastics, swimming and dance.

Music continues to flourish with our choir regularly performing at concert  and to residents in the local Care Homes and Sheltered Accommodation.

A variety of, before and after school clubs enhance the extra curricular provision. These include computing, drama and sewing and netball.

The swimming pool continues to play a big part in our curriculum. This is now financially supported solely by the P.T.A. and parental contributions. Swimming is offered as part of the curriculum until the end of year 3 and to non – swimmers in year 4,5,6. This means that we now have 100% of our children achieving the 25m. minimum requirement before they leave at the end of year 6.

The curriculum itself includes expected subjects of English, Maths, Science, RE and Computing but has a topic - based approach which incorporates History, Geography, PSHE, Spanish, PE, Art, DT, Music and links these with each other and aspects of the other subjects.

Children are encouraged to contribute to school life by sharing ideas and considering approaches to handling situations. Through class and school councils, Playleaders, potions of such monitors and prefects children are able to rise to expectations of leading by example and caring for everyone in the community and world around them.

Competition and challenge are enabled through constant encouragement to complete against each other, and other schools but always against themselves, as individuals continually striving to achieve more academically, aesthetically, spiritually and morally.

By the time children leave us we expect them to be ready for whichever secondary school to which they transfer and be well on the way to being responsible mature citizens who know and recognise the importance of their contribution to our world.