Business-minded pupils have won a countywide competition after turning £20 into a £397.48 profit.

The school was given £20 which was split between three classes.

The pupils then had to come up with business venture ideas to make as much money as possible from their ‘investment’.

One class ran a stationery stall and sold knitted Easter chicks and bracelets, another class held a February Family Fun Friday with stalls and various games while the other participating class came up with Eggheads – selling grass seed which then had to be grown in a decorated egg shell.

Nine other Essex schools reached the final, held at Chelmsford City Football Club, with each team having to give a five-minute business presentation to a panel of four ‘Dragons’, along the lines of the BBC programme Dragons Den.

Deputy head teacher Kim Williams said: “They did fantastically well. Their presentation was really good and they were confident speakers. We are all delighted that they won.”
Taken from David Jackman (Everything Epping Forest) 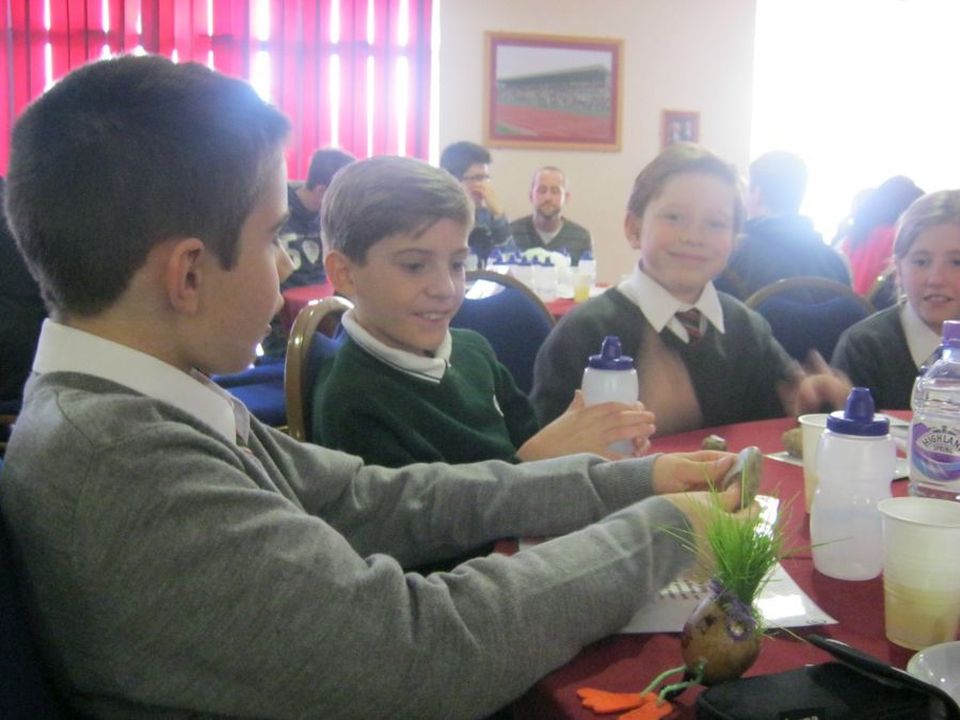 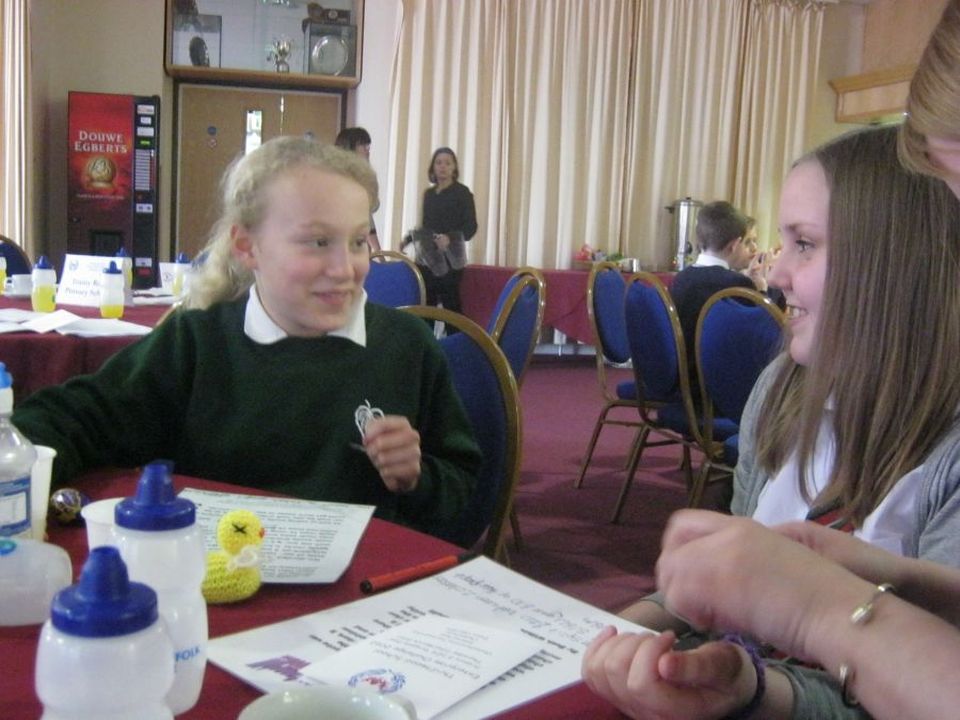 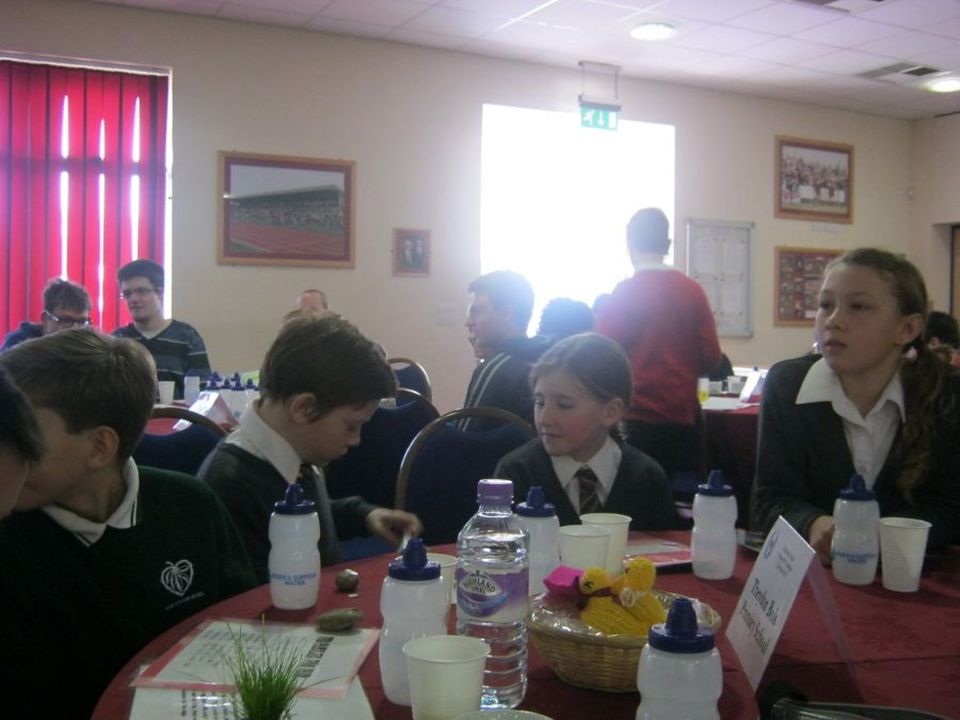 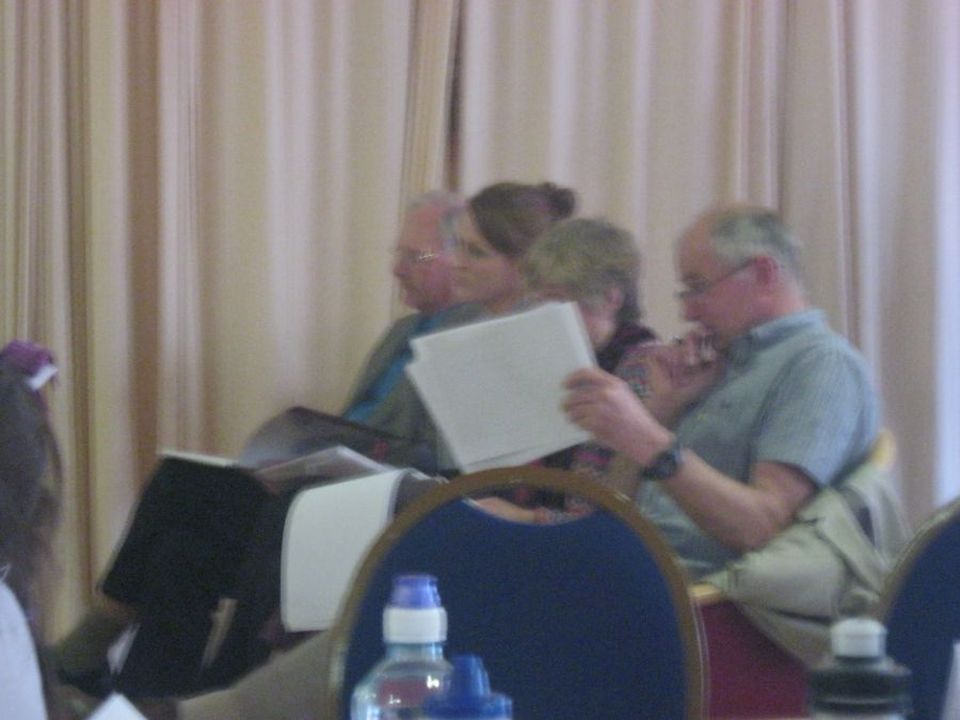 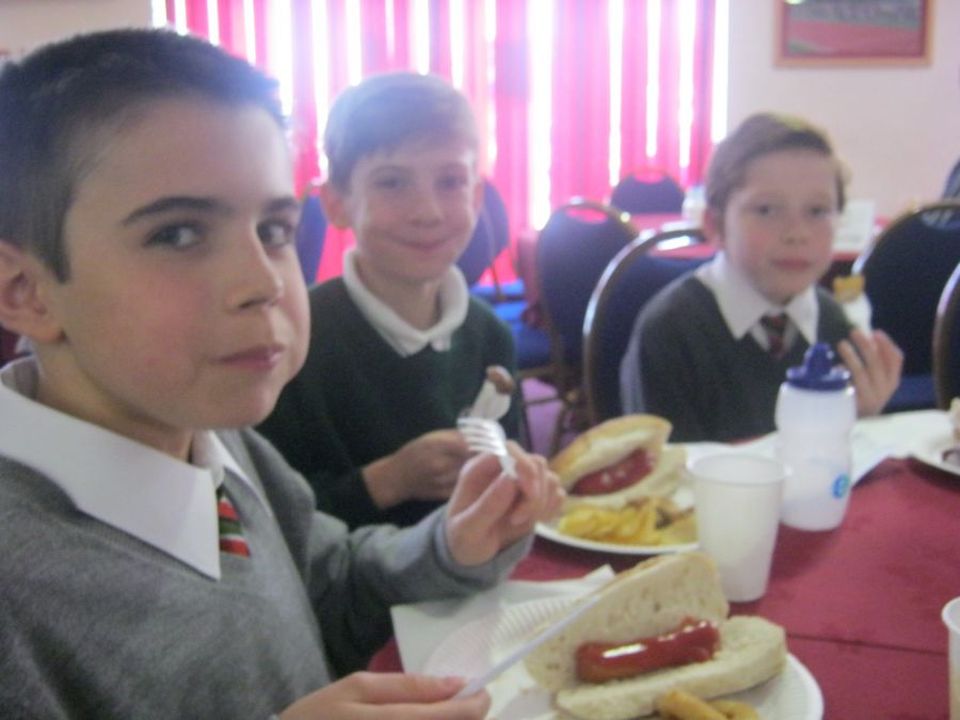 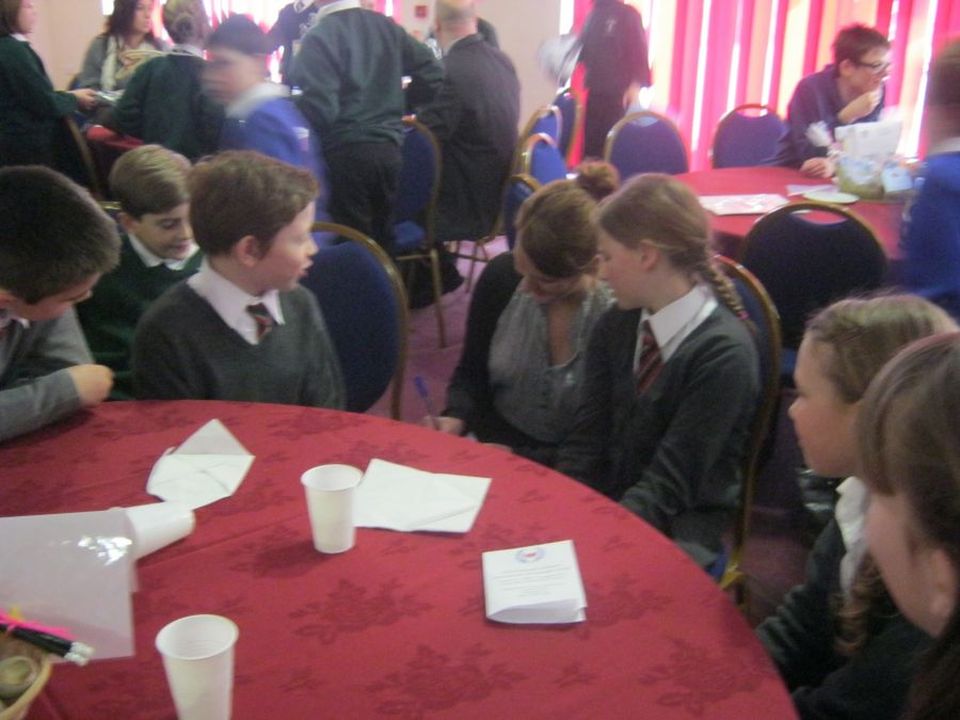 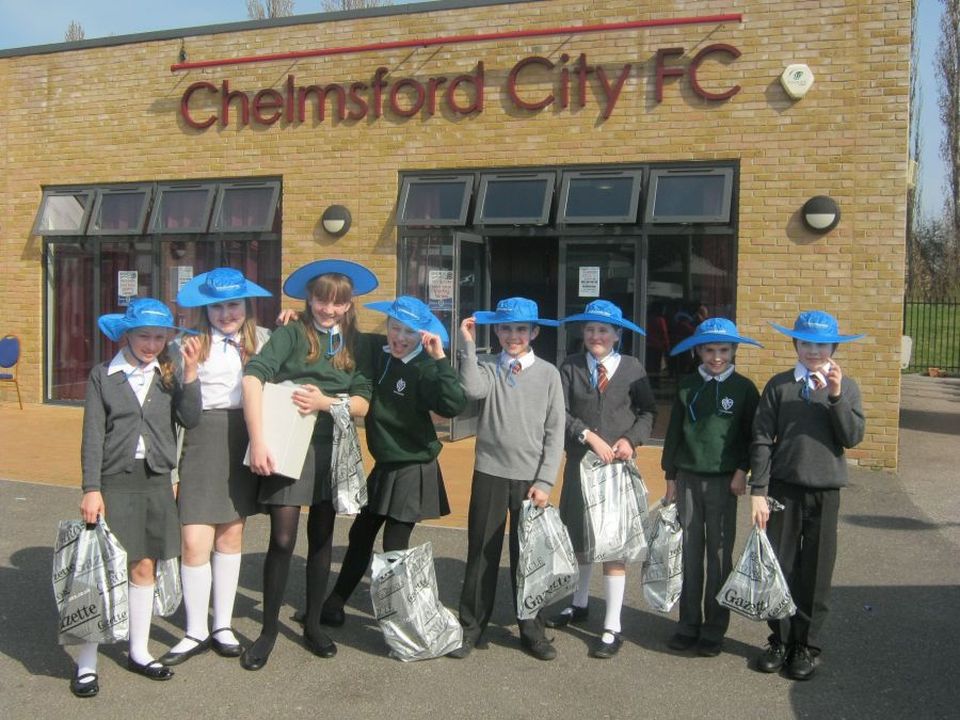 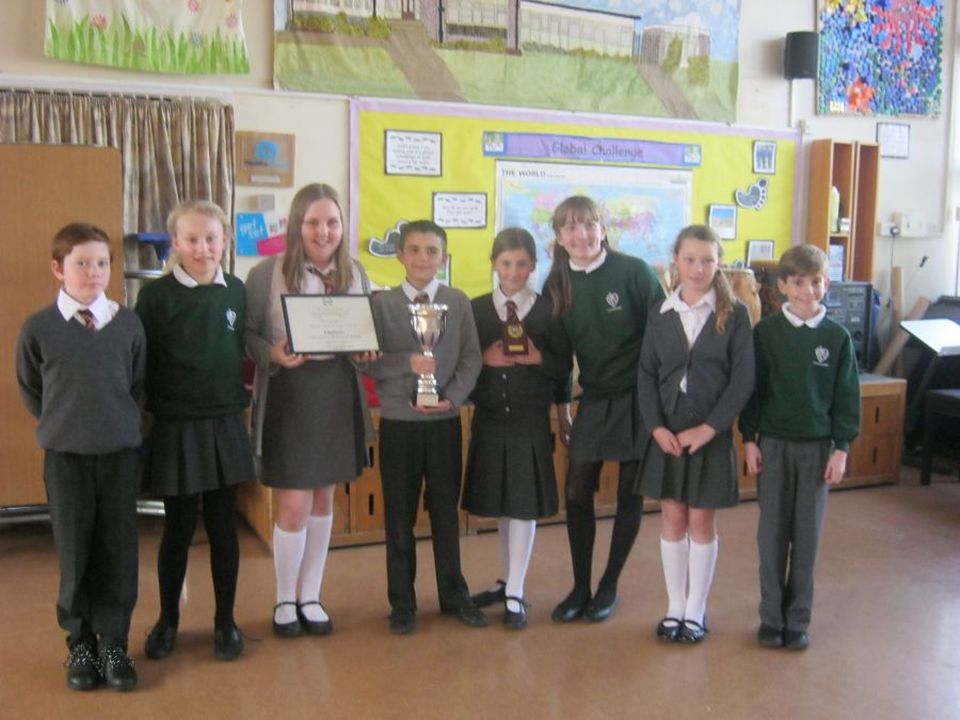 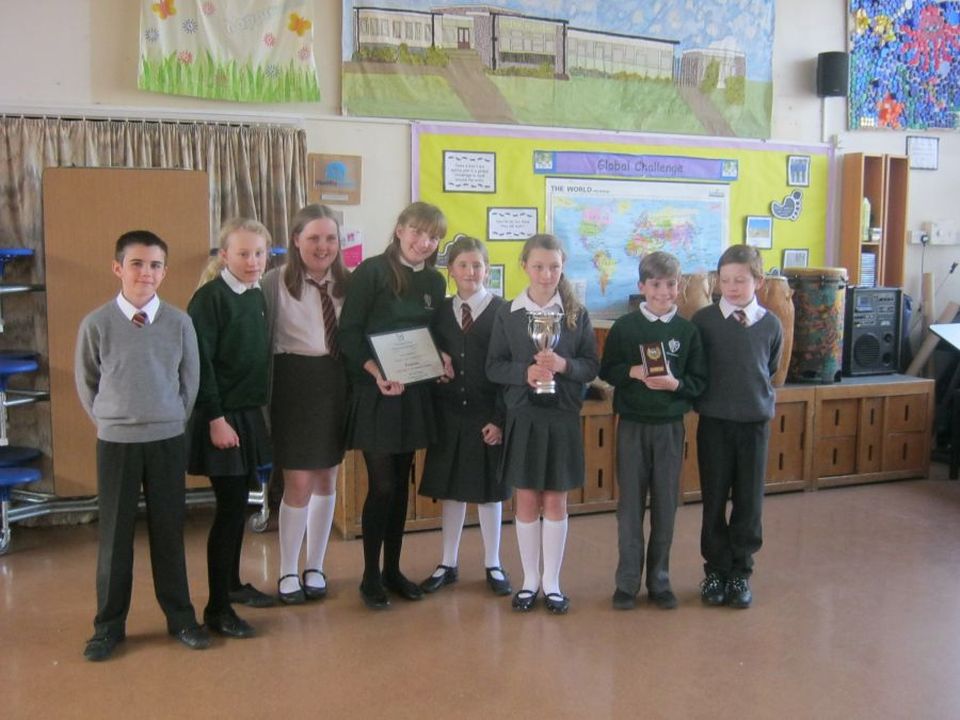 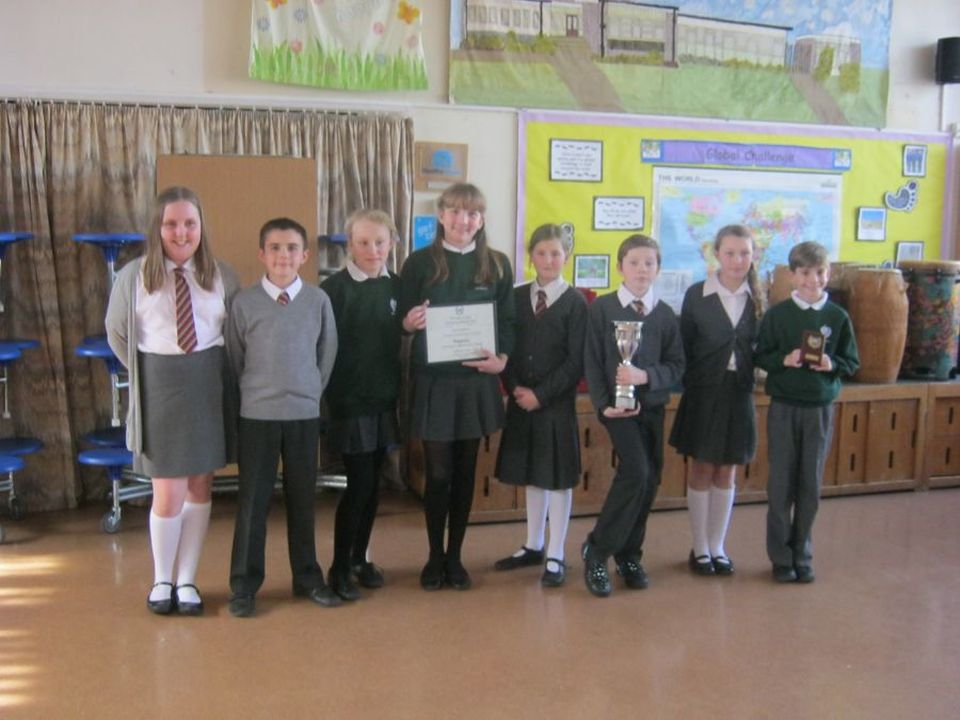 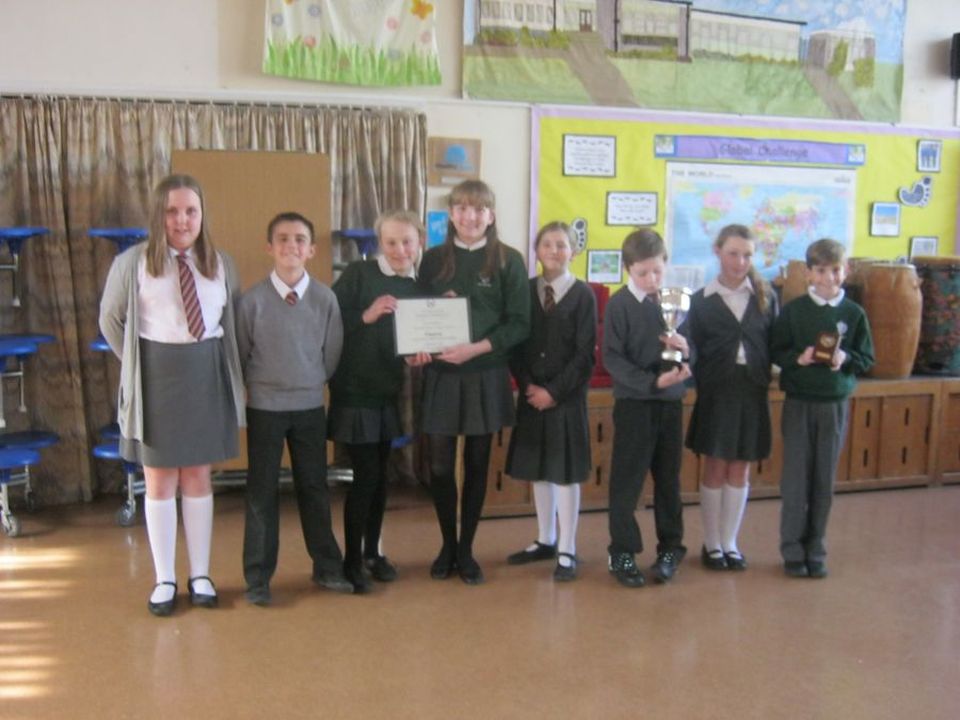 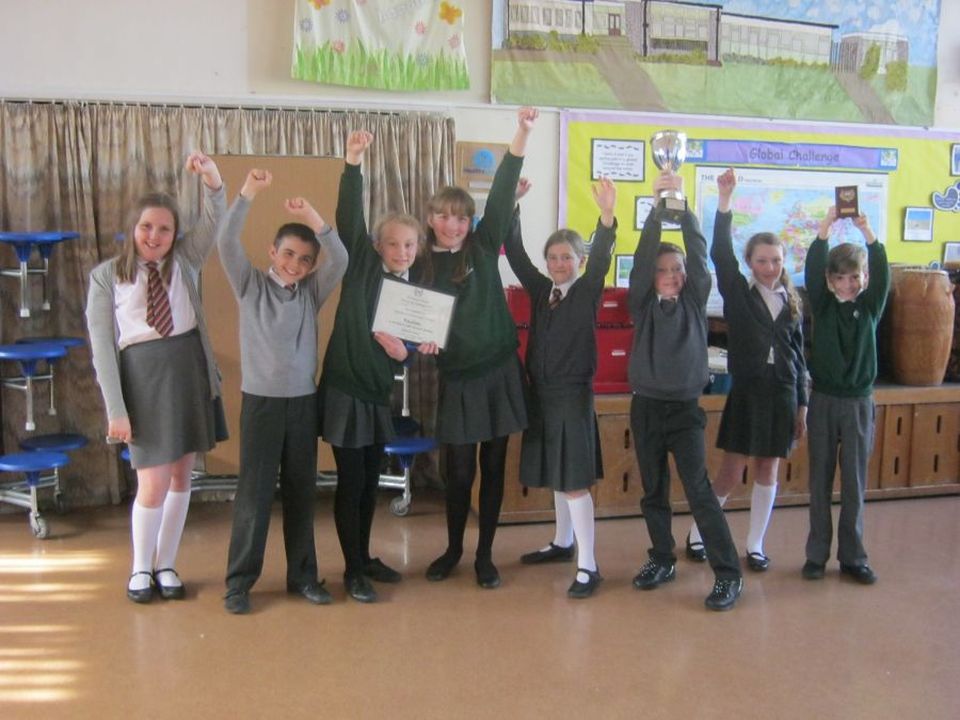 On Thursday 22nd March. Some pupils in year 5/6 went to Dragon’s Den, to share their Enterprise ideas with some other school pupils and the Dragons.

Our presentation was about all of the Enterprises we have done such as; Eggxcellent Eggheads, Super Stationery Stall and February Fun Fair for Families.

We had a great time, after our lunch they announced the 1st,2nd and 3rd place, because we did not get 3rd or 2nd place we thought that we were not going to get any trophies. As they announced 1st place, the dragons could not judge on the presentation it had to be about the ideas as well as the presentation. We had no clue that we would win, but with a lucky chance we came 1st we were so happy we could not believe it.

By Georgia and Ella

We took part in the Enterprise Scheme. Our 5/6 classes each had a different Enterprise idea, we were each given £10 to spend on our business plan. We had to show the Dragons our enterprise ideas with a presentation, on the 22nd March 2012 at the Chelmsfords football club. We had to show confidence, independence and great teamwork.

5/6W chose the idea of a stationery stall, with French knitted chicks and woolly bracelets, which they hand knitted with great care.

5/6M chose Eggheads as their idea, because it was coming up to Easter, they realised that they couldn’t just use a plain, ordinary egg. They decided to hold a competition for the school, who could grow their egg with the longest hair and decorate it the best.

8 children ( Ella , Georgia , Ella , Adam , Stanley, Harry , Ruby  and Beth ) Were chosen to take part in dragons den. We went to Dragons Den on the 22nd of March, in Chelmsford County Football Club.

We arrived at around 10’ o clock and had refreshments and biscuits, after we were led to our table. Patiently we sat waiting for everyone to arrive. Finally everyone was here, our host ‘Debby’ then introduced us to the Dragons and the presentations began.

There was a wide variety of Enterprise ideas which were discussed between the Dragons quietly, we were next, our hearts were beating like drums, we looked around at each other reassuringly and walked up in front of the Dragons. We set out our board of posters and one of us took the microphone apprehensively, and we began. It was brilliant fun from start to end. Finally we finished with a bow, and we walked off stage our legs like jelly. ( It was a great experience, we would all love to do it again. )

At 12:15 we had lunch, it was delicious there was a huge buffet with tonnes and tonnes of tasty treats, everyone’s plates were filled to the top, however, we all still munched greedily  and wiped our plates clean!

It was the moment of truth, the Dragons came back down the stairs where they had been eating their lunch and deciding the winners. They silently entered the room and sat in their velvet seats, you could literally hear peoples hearts thumping, but, before the winners were announced everyone went and took a small finalists shield and a framed certificate, every child took an Easter Egg of the choice and a goody bag full of surprises. Everyone sat back in their seats and listened to the host silently.

It was the moment of truth third place was announced , not us. Second place announced, not us. Finally first place was announced….US! We gave a huge cheer and proudly went to collect the trophy and a cheque for £250! We all quickly had a picture taken, smiling from ear to ear. We had a last picture with the Dragon’s and left happily, we would all do it again. It was like we owned a business like fully grown adults, it was amazing. (Hard work obviously paid off, don’t you think?)