Parents/Carers: You are allowed to print copies of these photographs. However, it is not permissible for you to upload the photographs in any way to any social networking site.

The children had a fantastic day investigating a crime scene.

They observed a reconstructed crime scene and used their scientific skills to find out who had committed the crime. They worked really well together as a team and used all their knowledge to debate who they thought was guilty of the crime.

A clear, colourless liquid was found which they discovered was sodium hydroxide by using universal indicator and finding the pH of the liquid.

The microscopes were really exciting to use as they could see the insects really clearly. They used a key to identify bloodworms and brine shrimps.

The best part was using the bunson burners to find out what the white powder was that had been found at the crime scene. They were really sensible and controlled the flame on the bunson burner as well as testing different solutions. They discovered that the powder found was sodium chloride better known as table salt.

A footprint was also found at the scene. They compared the newtons of the different suspects with the footprint pressure to discover who had done it!

Ella wrote – I believe that Jim Rhundal committed the crime because the colourless liquid was sodium hydroxide which is found in the manufacture of toothpaste and soap. He had worked in the toothpaste factory with the victim and now works on the soap factory. Jim had bought fish and chips an hour before the crime and salt was found at the scene. His newton was the closest to the footprint found at the scene and he wears a hat which an eyewitness remembered seeing.

The year 3/4s visit to the local churches

Art Displays around the school

Our lovely Christmas tree, kindly donated by Mediterranean Plants and decorated by the children 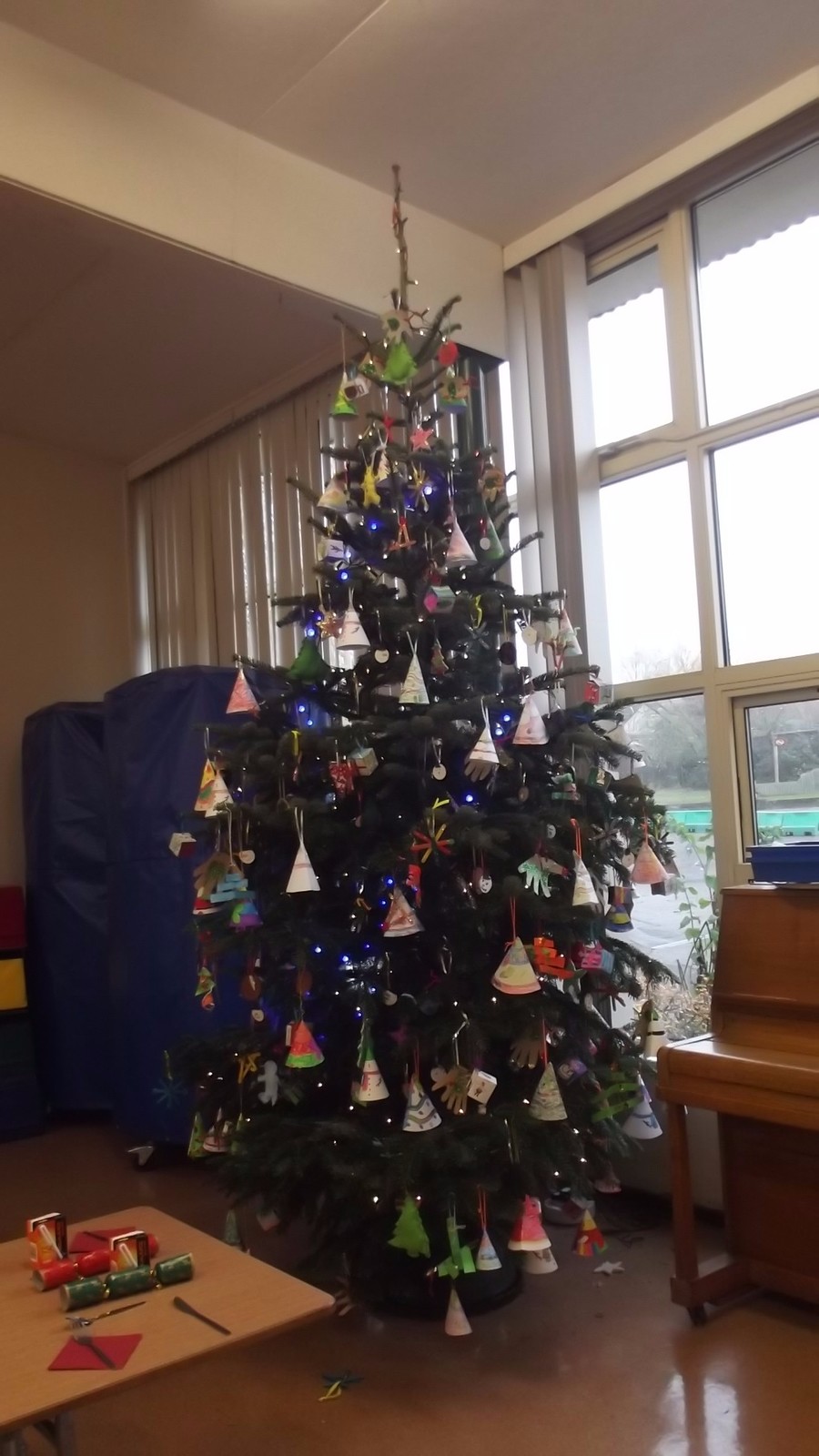 Thanks to Thomas, Richard and Danny for enabling us to have a defibrillator in school.

Our wreaths made for the Remembrance Assembly, to honour all those who have died in the wars around the world.

Katy, Arthur and Jonny had a fantastic day at Davenant using their scientific knowledge to ‘solve the crime’. Mrs Stockill very kindly ran our groups day and made sure we were safe using equipment unfamiliar to us. Jonny would like us to have bunson burners in school so he can undertake more experiments! The microscopes allowed us to look at bloodworms and daphnia in detail and decide if that information was relevant or not. Kate was fantastic using the different chemicals and checked her answers against a PH scale. Arthur had super ideas throughout and said ‘this is awesome’. I have to agree, well done to our three CSI’s you solved the crime.

The winners of the book week reading competition enjoying their tea party.

Great fun has been had today raising money for GOSH, the children have taken part in a fun run, made and bought cakes, and worn none uniform. Parents have helped make cakes and enjoyed afternoon tea.

Thank you all for helping to raise such a large amount of money for Great Ormond Street Hospital.

As a school we took part in 'Fly a Flag for the Commonwealth’ on Monday 14th March and raised our Commonwealth flag.

Each class enjoyed researching a Commonwealth country and shared their information during our whole school assembly.

We use necessary cookies to make our site work. We'd also like to set optional analytics cookies to help us improve it. We won't set optional cookies unless you enable them. Using this tool will set a cookie on your device to remember your preferences.

Necessary cookies enable core functionality such as security, network management, and accessibility. You may disable these by changing your browser settings, but this may affect how the website functions.